ONE of Nature's Swindlers

It's amazing to see convicted fraudster and bogus lawyer Giovanni Di Stefano still being described as real lawyer, even if it can be hard to tell the difference sometimes. He was arrested yesterday in Spain on the foot of a warrant from the UK police who want to question him over fraud allegations in which he pretended to be a lawyer. Read here.
Di Stefano is a Walter Mitty who has variously claimed to be a multi-millionaire, a important figure in the Balkans War, a Hollywood studio boss among others. He is not licensed to practise as a lawyer in the UK and there is no record of him being a qualified lawyer in Italy despite his claims.
Di Stefano has a number of convictions for fraud and was booted out of the US because of his criminal record. He has claimed to represent some of the world's most notorious individuals, although in some cases that was without their knowledge. In Ireland he claimed he wanted to buy Shelbourne soccer club, a ploy he used in Scotland to raise his profile and to give the appearance of a shaker and mover.
The EU's Judicial Co-Operation Unit previously confirmed he's not licensed to practise law anywhere in the world. Di Stefano is claiming his extradition to the UK is "politically motivated." An Old Bailey judge once described him as "one of nature's fraudsters." The Sunday Times wrote a full profile on him back in 2005, click here, which makes you wonder how he still manages to operate.
Posted by Eamon Dillon at 16:22 1 comment: 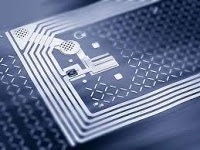 Radio frequency identity chips - get used to them. They are tiny micro chips that send out a unique signal that can be read by scanners. RFID technology has been around for a while but only now is it becoming commercially viable to actually implant them in merchandise. Clothing firm Gary Weber are now planning to make them part of their label. That way they can carry out quick stock checks at suppliers suspected of running off extra garments for the counterfeit market. Read more on Gary Weber here. The RFID chips are no bigger than a grain of sand but still cost around 9 cent each. Pfizer are using RFID on Viagra packaging already, as are suppliers of expensive wines. It's likely to be used in high-denomination currency sooner rather than later ( if it hasn't already). Of course the counterfeiters will start looking at ways to implant fake chips.
Eventually, when manufacture of RFID chips gets even cheaper supermarkets will use them on price tags. It will allow customers walk out with a trolley full of shopping past scanners, effectively checking out in a couple of seconds. The implication for studying people's shopping habits and response to promotions is huge. Of course the problem then will be anyone armed with a scanner can find out quite a lot about you by scanning your bin.
Posted by Eamon Dillon at 19:36 No comments:

What does a blue-blood English Viscount's son and Dublin second-hand car dealer have in common? They're both convicted fraudsters. Michael Fogarty was in Dublin Circuit Court today where he admitted bouncing a company cheque for €7,000 and he's now got five months to pay it back. He used the cheque to pay for a car knowing there were no funds in the account. Alexander, the son of the 4th Viscount of Trenchard did much the same with his Tesco company credit card running up a bill of st£350,000 to pay for his loss-making music festival at the family seat in Hertfordshire. His family paid the cash back to Tesco, but he also got 30 months in jail. Read here.
Posted by Eamon Dillon at 16:03 No comments: 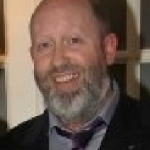 French con-artist Francois de Dietrich caught more than a few investors in Northern Ireland and in the north west. He promised great returns for investors in his firm, ETIC Solutions, that bought and sold unwanted stock such as aircraft seating. One financial adviser told Fakes, Fraud and Scams that he met de Dietrich and his schemes failed to stand up to the most basic scrutiny. Unfortunately lots of others fell for his charms. Read here. In the meantime the High Court in Belfast has given him an 18-month sentence for failing to explain where the cash went, read here. Asset-freezing court orders relate to over €20 million of investments.
Posted by Eamon Dillon at 20:54 No comments: