Cyber security specialist Paul C Dwyer has said that a plan to flood Ireland with texts offering tickets for the The Late Late Toy Show has been discovered. In a practice known as "smishing" the criminals send a text to get recipients to click on a link or call a premium rate number. Dwyer also mentions that the scam can go a lot deeper with unwary victims also being targeted for their bank and identity details. It's a massive criminal industry. Read Dwyers' explanation here. You've been warned.
Posted by Eamon Dillon at 21:35 No comments: 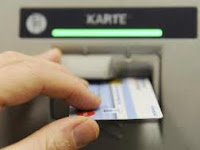 Ticket machines at train and Dart stations in Dublin are being targeted by a card skimming gang using new equipment. CCTV suggests that a single gang has been behind a number of incidents in which bank customer details have been targeted. The gangs use the info contained on the card along with the PIN, recorded by a hidden camera, to make copies and withdraw cash. Make sure you keep the key pad covered or the banks will blame you for making it too easier for the gangsters. Read the press release from the Irish Payments Services Organisation here. For previous posts on card skimmers click here.
Posted by Eamon Dillon at 12:06 No comments: 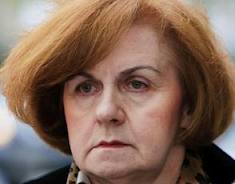 Judge Heather Perrin was found guilty today in the Circuit Court of inducing a client into signing over half his €1 million will to her children when she was acting as his solicitor. The apparent anomaly came to light when her practice was taken over by another firm of solicitors after she was appointed to the bench. If the changeover hadn't happened at her office then it's unlikely the case would ever have been detected. Read more here about the court case.

It begs the question about when,  if ever, there will be some reform of how lawyers do business in this country. Obviously the overwhelming majority of lawyers are hard-working and honest, but it must be grating for them as well that such colleagues can let down the entire profession. The lack of competition and transparency was even singled out as an economic bottleneck in the Irish system  by the IMF, but unlike like issues such as property tax nothing has yet been done.
Posted by Eamon Dillon at 13:34 No comments: 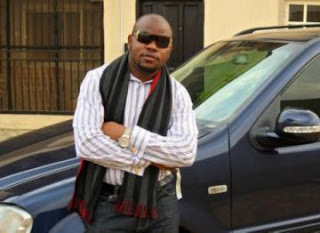 This is the kind of fraud story that's good for a giggle, but absolutely devastating for the people who were the victims. Oluwamayola Ajayi used his considerable powers of charm to sweet-talk, via email, a number of wealthy women into handing cash over to him. Based in London he was, variously, an oil-baron, a fighter pilot and a widower while in reality he was a stone-broke con-artist. To one lady he was Travis David McFly, a pilot on service in Iraq - she handed over $38,000. Another was lead to believe he was an oil-executive and gave him $7,000 for a business scheme. All his victims were from the US and Canada whom he met through Match.com. Cops found £120,000 went through a bank account they believed he controlled. Today the Nigerian gospel singer got jailed for six and half years. Read more here.
Posted by Eamon Dillon at 12:19 No comments: