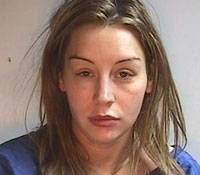 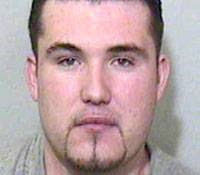 Police in North Yorkshire have called for any more victims of fake terrorist Dennis McGinley to come forward. McGinley and his wife Bianca were jailed this week after conning vulnerable members of the farming community out of st£2 million. The pair persuaded farmers who had business dealings with other members of the travelling community that he represented "a three-lettered" Irish organisation and demanded cash. It is a horrible story of manipulation, greed and the misery the McGinleys inflicted. Read it here in the Yorkshire Post.
Posted by Eamon Dillon at 15:59 No comments:

Nothing is immune from fraud and the wine market has been a target over the years. In the past there have been fads in Ireland where investors were encouraged to buy a crate or take a share in a stock of rare wines which were guaranteed to appreciate in value. Needless to say a lot of people got stung. Now another version is selling future options on popular wines before they are produced. But it seems that so much Bordeaux 2009 has already been sold in China that there isn't a enough to go around. Read about here. Ten years ago a number of Irish investors were stung by a UK investment firm, Croft and Dupont, who sold valuable wines they never had in their cellars. Read about the so-called "claret-web" here. In the past there have also been scams in selling rare whiskies and champagne.
Posted by Eamon Dillon at 15:55 No comments:

Three card-skimmers ended up before the courts in Dublin in the last week. Nita Florin (35) is awaiting sentence after being caught with fake bank statements, driver's licence, passport and tax forms. He was also done for stealing €4,000 from top chef Roly Saul after a restaurant worker swiped two blank cheques which found their way to Florin. His flat was raided in December 2005, but he then legged it to a new address before the cops caught up with him again a year later. They found cloned cards, fake insurance certs and on his computer hard drive they found hidden-camera footage of ATM withdrawals along with people's bank account details.
As if to highlight how the card-skimmers are still trying hard, two more appeared in court today. Adrian Melencu (28) was copying cards on his laptop when officers raided his Dublin home. Compatriot Eduard Cosgarea (38) was upstairs but had a fake Italian passport. They also admitted to possessing fake credit cards. They have been in custody since February 2009 so their 16 months sentences effectively frees them from jail.
Read previous posts on card-skimmers here to see how the trend has dropped in Ireland
Posted by Eamon Dillon at 20:28 No comments:

TOO smart to be conned?

Don't think that you are too smart to never fall victim to a scam. You would think the art experts at the UK's National Gallery would spot a fake a mile off, but even they have made mistakes. Now they are putting on a show of all the fakes they have collected over the years. Read about here in The Guardian.
Posted by Eamon Dillon at 22:17 No comments:

THE European ATM Security Team (EAST) issued a press release this week on the falling incidence of card fraud. Chip and pin cards have made it harder for the fraudsters. The level of fraud across Europe has dropped from €484 million in 2008 to €310 million in 2009. Cards skimmed here now have to be cloned and used in countries where ATMs are not yet chip and pin compliant. Fraudsters have gone back to their old tricks with the number of card-trapping attempts going up from 710 in '08 to 2166 in '09. Card-trapping gave rise to what became known as the Lebanese Loop, which is a thin piece of plastic inserted into a machine. The customer's card is trapped while the fraudster stands behind 'shoulder-surfing', to watch the PIN being in-putted. Then, of course, there's the guys who just steal a digger and tear the ATM out of building.
Posted by Eamon Dillon at 14:45 No comments:

Robert Stapleton recently featured on BBC's Crime Watch programme, listed as one of the UK's currently most wanted. Read it here. The now 66-year-old once ran a company exporting fold-up squash courts from the UK. He faked foreign orders to make the company appear very successful and to benefit form export credits. This cash was used to fund the usual extravagant lifestyle. His missus stayed behind to face the music when it came crashing down but Mr Stapleton took off to Spain. He later turned up in Rathcoole, County Dublin for awhile until he finally lost his legal battle against extradition to the UK to face charges. He is now apparently back in Spain, while his Dutch lawyers claim his civil rights have been affected. No doubt, he's just misunderstood. The Irish Indo did a piece on him in 2008, read here. If anyone spots him while on holiday, send an email.
Posted by Eamon Dillon at 12:21 No comments:

Ireland's National Consumer Agency issued a press release (read here) using the occasion of April Fools Day to warn people to keep their guard up when it comes to fraud. There's some good advice and some statistics which suggest that 78 per cent of people or a member of their family have been targeted by a scam. The same survey found 18 per cent of people lost cash or personal details as a result.
Posted by Eamon Dillon at 15:46 No comments: