News that ex-councillor Fred Forsey has been found guilty shouldn't really come as a surprise. By Irish standards of corrupt politicians he was pretty bad, lodging chunks of cash into his bank account and heading off on holidays with wads of notes. He said the cash was a loan from a developer after the banks had turned him down, but when asked to explain why there was no record of his loan applications, he said it was because he asked over the phone. No off-shore accounts, no parcels of land owned by shell companies, no party donations that he forgot to lodge.... If only they were all as easily caught. Read court report here.
Posted by Eamon Dillon at 15:28 No comments:

United Drug's chief executive Liam Fitzgerald (right) was on radio this morning to report good news in the profits department. Mentioned at the end of the piece on Morning Ireland was that people listed as shareholders had been contacted by boiler-room con-artists. The scammers deliberately targeted United Drug shareholders offering to buy shares at a higher price than the market. Fitzgerald explained that when the company became aware of the scam, shareholders were warned about the attempt to defraud people. Boiler-room scams usually involve high-pressure sales techniques to get people to invest in stock market schemes that don't exist or to buy worthless stocks at an inflated price. Read more about United Drug's report here. For older posts on boiler room scams click here. Quite sensibly Fitzgerald advised people to treat with scepticism unsolicited phone calls about shares.
Posted by Eamon Dillon at 15:03 No comments:

A former Fine Gael councillor has pleaded not guilty to taking €80,000 in corrupt payments from a property developer. The prosecution claims he was part of an attempt to have a parcel of land rezoned to inflate its value. The trial, which is expected to last at least three weeks opened today in Waterford Circuit Court. Read more here.
Posted by Eamon Dillon at 17:54 No comments:

Professional con-artist was part of scam that stole the identities of well-known charities. 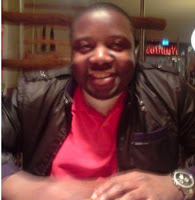 A member of a professional and well-organised gang of con-artists was jailed for three years In Ireland yesterday. Michael Tuzuka was part of a sophisticated group of scammers who targeted a number of well-known Irish charities, including the Marie Keating Foundation and Gary Kelly Cancer Support. First, the con-artists targeted the phone service providers and changed the charities' contact numbers to their own. Then the charities' banks were contacted and efforts made to transfer funds. When bank staff called the phone numbers they didn't realise the real phone numbers had been fraudulently redirected. Tuzuka had seven charges against him at Dundalk Circuit Criminal Court involving €203,000, of which €30,760 wasn't recovered. Read more here.
Posted by Eamon Dillon at 13:43 No comments: 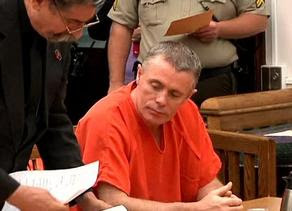 Irish fraudster Kevin Barry McAuley was branded "a menace to society" by Judge Dorothy McCarter in Montana after he conned one man, among others, out of his $8,000 savings. He told locals at Canyon Ferry Crossing, Montana that he was a millionaire, an ex-Army ranger and that his wife had died in a Christmas Day car accident. Daniel Mohn, who was befriended by McAuley described his one-time bar-buddy as "scum of the earth." One of the bounced cheques he had used in a bid to take over a bar. The Belfast native was previously deported from the US but re-entered by boat through Florida.Now he faces deportation again after he finishes his three year sentence. He was also ordered to pay €25,000 back to his victims.
More here about the trial at 9KXLH

Posted by Eamon Dillon at 15:09 No comments: