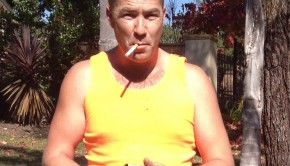 The Australian authorities are fairly quick to respond to reports of cowboy builders operating in their country. This week two

Irish tarmac con-artists taking in up to €20,000 a day in Italy and Poland.

One gifted teenage hawker who can speak French, German and Italian is setting up as much as €20,000 worth of

Dale Farm and the Irish traveller connections Down Under

Putting aside the rights and wrongs of the planned eviction of Irish travellers at Dale Farm, more than few individuals