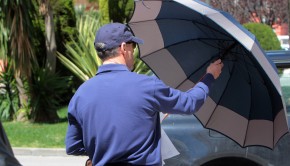 A ‘Dead Zoo’ traveller gang is snatching antique rhino horns across Europe in a bizarre crime-spree worth millions. Rogue antique