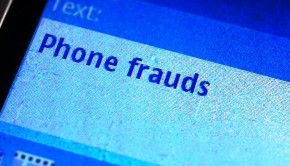 This is the kind of fraud story that’s good for a giggle, but absolutely devastating for the people who were